A voice for Orthodox Christians persecuted in Ethiopia

“Blessed are they which are persecuted for righteousness’ sake,
For theirs is the kingdom of heaven.”
Matthew 5:0

International Orthodox Tewahedo Alliance (IOTA) is a charity organization based in the United States that is established in 2019.

The primary focus is to support the Ethiopian Orthodox Tewahedo Churches and believers by providing financial, material, and manpower support to be self-sustained and freely practice the faith without intimidation and persecution.

OCP News Service – 25/4/21
Washington-USA: Joe Biden made a landmark statement calling the massacre of Armenians by the Ottoman Turks a Genocide. The statement was made on the occasion of the 106th anniversary of the Armenian genocide on the 24th of April, 2021. Biden in his speech stated that “Each year on this day, we remember the lives of all those who died in the Ottoman-era Armenian genocide and recommit ourselves to preventing such an atrocity from ever again occurring.” Thus Biden became the first President in the history of America to officially recognize the Armenian Genocide. Armenian Genocide was one of the worst crimes against humanity, committed by the Ottoman Turks against the Armenian people in the Ottoman Empire during the. W.W. I. Syriacs, Aramean, and Greeks were killed in large numbers as well.

The Ethiopian Human Rights Commission investigation concluded that the June 29 – July 01, 2020 atrocities committed following the death of artist Hachalu Hundessa in several municipalities and towns of the Oromia region were “Crime against humanity and Atrocity Crimes”. The commission released a 59 page report detailing the massacre against innocent citizens where 123 people were killed, 500 were seriously injured and 6,468 citizens have been displace from their homes due to destruction of property and fear for their safety. The investigation highlighted that the atrocities were committed by well- organized mob driven from place-to-place and directed against ethnically Amhara people in cities and Christians in Muslim dominated towns. The report also confirmed that in some localities the atrocities began before the news of Hachalu’s killing was aired, suggesting the targeted attacks were pre-planned. The report also found that regional security officials failed to respond to victims’ pleas and in some instances stood silently while the attacks were going or provided cover for the assailants. Shortly after these crimes, the Holy Synod of the Ethiopian Orthodox Tewahedo Church issued a press release demanding for government authorities to protect the targets of the crimes and to bring the perpetrators to justice.

Christians are believed to be the targets of the recent violence that followed the death of Artist Hachalu Hundessa.

Dr Negussu Legesse, director of Consortium of Christian Relief and Development Associations (CCDRA) and a former executive of the World Council of Churches (WCC), said that the  the atrocities against innocent civilians and businesses in Oromia administrative region on June 29 & 30 are indicative of targeted attacks against Christians. Continue Reading…

IOTA denounces the authorities’ abdication of their sacred duty to protect and defend the defenseless, the hateful rhetoric and incitement of ethnic and religious violence by the media, political activists and organizations. We support the current measures the federal government is taking to combat such actions and hope that there will be a transparent and fair trial for the accused. Continue Reading…

Inside Lalibela, the mysterious holy site 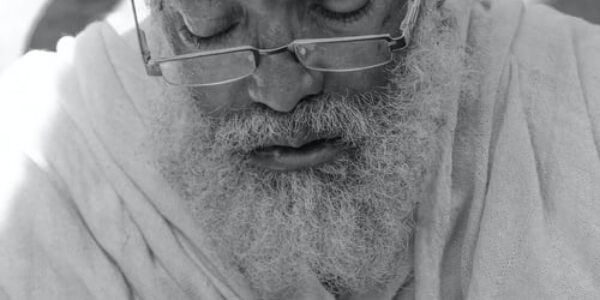 To empower the Ethiopian Orthodox Tewahedo believers and communities

We will at all times seek strategic partnerships with other organizations, communities,
and individuals worldwide to advance our cause.

We are committed to respecting human dignity, and we will constantly demonstrate a fair and objective attitude towards those
whose opinions and practices differ from ours.